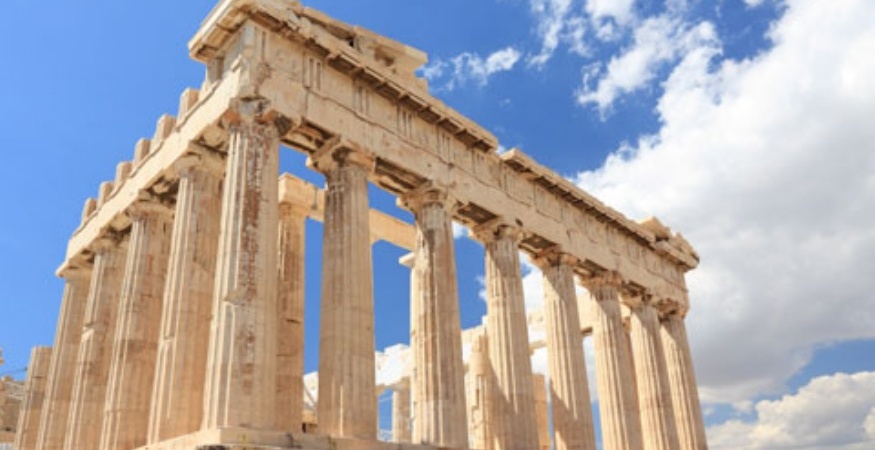 On Easter Monday 37 students and four members of staff went to Athens on a combined Philosophy, Religious Studies, Theatre Studies and Art trip.

On Easter Monday 37 students and four members of staff went to Athens on a combined Philosophy, Religious Studies, Theatre Studies and Art trip. We managed to cram a great deal into our five days, we went to Corinth and Delphi where the Oracle prophesied and had a very detailed guided tour of the Acropolis the Parthenon. We walked in the Agora where Plato taught. We visited Parliament Square and saw the changing of the guard; we visited a monastery high in the hills beneath Mt Parnassus.  We even stood on the spot where St. Paul had preached to the Corinthians. We also sampled a lot of Greek food and didn’t get within spitting distance of a McDonalds till the last day. Some of the braver amongst us swam in the Aegean. We visited no less than five museums (the Greeks allow school parties free access), became proficient at using the Metro and met  friendly locals. We patted lots of stray dogs; some of us were even interviewed for Greek TV. Venturing out from our hotel we saw a lot of the effects of the recession and the resulting poverty. All in all, quite an experience!